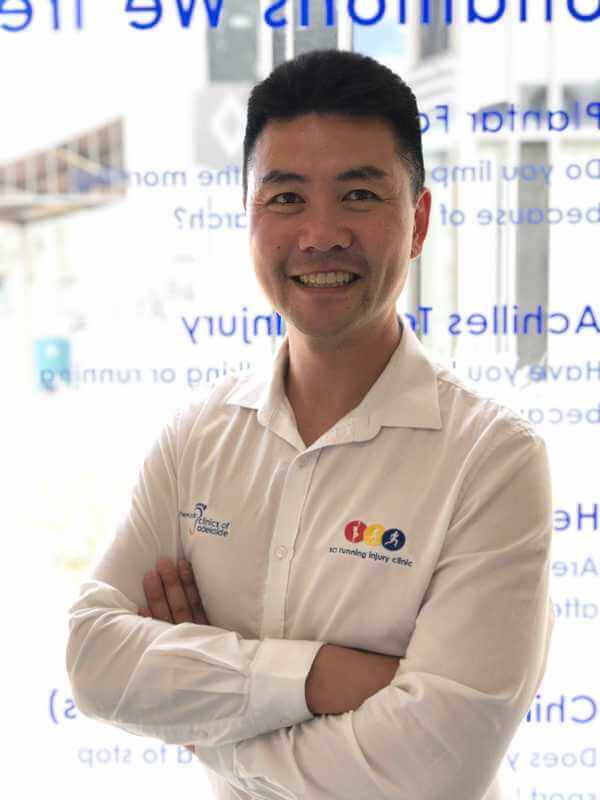 William: William graduated from his Podiatry degree at the University of South Australia. After graduating he moved to Melbourne to be the understudy of Melbourne’s best sports podiatrists from Sports Medicine Centres of Victoria and Olympic Park Sports Medicine. During this time, he treated patients from the Western Bulldogs, Melbourne Demons, St Kilda Saints, Victorian Institute of Sport and the Victorian Cricket Team.

Years later, William returned to his hometown of Adelaide to be with his family and friends. Upon his return he opened Melbourne Street Podiatry Centre in North Adelaide from scratch which is going strong today. During this time, he was a guest University Lecturer in Human Movement/Sport Science at the University of South Australia for biomechanics. In 2006, William was one of the first podiatrists in Adelaide to utilise the first non-weight bearing foot scanner, replacing plaster casting in orthotic prescriptions for podiatrists.

William is a former elite level national government funded athlete with the Australian Institute of Sport between 2003-2011. He has been to over 15 countries to represent Australia. During his competitive career he experienced many injuries ranging from plantar fasciitis/heel spurs, ankle tendinitis, shin splints to an anterior cruciate rupture. His injuries gave him a direct insight to the ups and downs of what it is like to struck down with foot and leg pain.

Today, he gets more satisfaction from treating recreational athletes and people whose lives are impacted by the same injuries as elite athletes. Through being an athlete and working with elite athletes he has developed a clinical and practical understanding of what injured athletes need as part of their treatment and management plans. He has a strong interest in biomechanics, sports medicine, and heel injuries.

Want to speak with William?